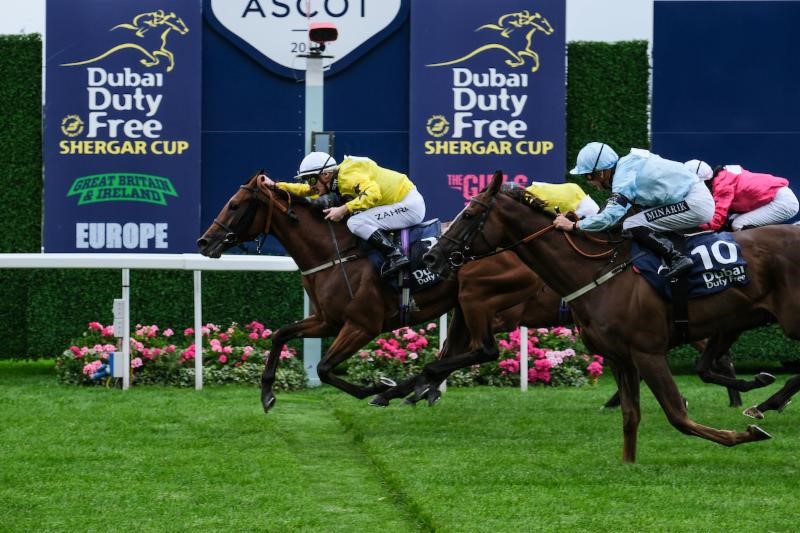 After an exciting six-race card, the Rest of the World team emerged as the Dubai Duty Free Shergar Cup's triumphant winning team with 86 points, ahead of the joint runners-up Europe and The Girls on 63.

The performance by the ROW was all the more meritorious as all three team members were making their Dubai Duty Free Shergar Cup debuts.

The ROW team was last successful in 2016 and has now won three times since 2012. Leading Japanese jockey Yuga Kawada was this year's ROW team's winning captain,

"I didn't have a great day myself, but my other members were very successful today and rode very well winning a race each," said Kawada. "I came here last year during a trip to England and it has been great to catch up with people I met last year. It has been good to meet new people - it has been a fun day.

"It has been a great atmosphere, a great result and I am thrilled to have been the captain. I hope I can come back next year!"

Zahra finished second in the Alistair Haggis Silver Saddle award on 35 points behind the winner Hayley Turner on 40.

Zahra commented: "It is a real thrill to get the award of the Dubai Duty Free Ride of the Day. To be honest, I had never ridden at the track and you can only walk up the straight and back. I thought that for the first couple of races I could sit at the back a little and let it all unfold on horses I don't know much about. On Indianapolis I got there in the nick of time and it all went good.

Zahra was also second in the competition for the Alistair Haggis "Silver Saddle" for the jockey with the most individual points, to last year's champion, Hayley Turner.

Zahra said: "I think that Hayley Turner gets the pick of all the rides before anyone else does! Good on her and it was a thrill to come second to her.

"I would love to come back, I have had a really good day."